Dominique's Kitchen in Redondo Beach is celebrating their first year anniversary with a bang. Starting Friday, October 18 till the 21st, he will be showcasing the very often misunderstood, Escargots. He will be serving 101 ways to cook them during this time. Everyone of drinking age will be offered a glass of champagne and given a recipe to take home so you can try them at home.

Last night, I was privileged to be invited to a Media Preview for their one year anniversary. All seven of us were treated to champagne, white and red wine. Though I am a red wine drinker, I opted for white wine since it went better with the delicate flavor of the escargots.

Dominique started us with the Deep Fried Kale with Parmesan Shavings and his Chicken Live Pate.  I loved this deep fried vegetable. It was nice and crispy and perfect with the Parmesan shavings. I wouldn't mind being a vegetarian if everything was this good! 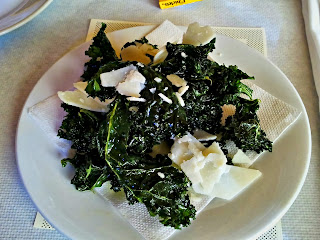 An Organic Green Soup with Escargots came next. This had a few escargots in it and I have to tell you that the texture is very similar to calamari so for people whose comment is: " Eewwww", give it a try as it is not what some think to be like oysters. They are not slimy nor briny. This soup was delicious.  Right after the soup came the Classic Escargots. This was my favorite. It was cooked in garlic and lots of butter; one word to describe this dish....outstanding! 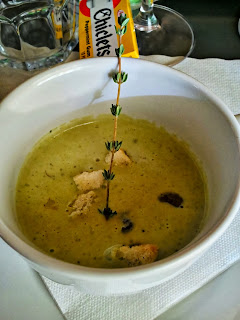 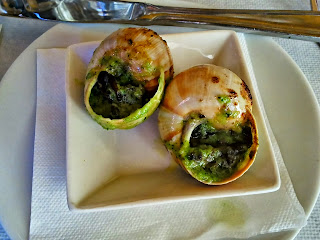 A Mache Salad with Escargots and Portobello Mushrooms in a Raspberry Vinaigrette dressing came next. The flavors of the mushrooms went well with the escargots. After this came another wonderful dish, Crust of Escargots with Brie Cheese. Oh sooo creamy and yummy. 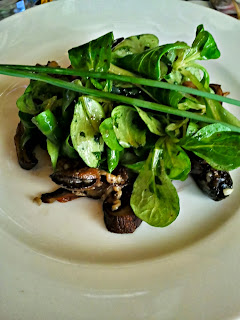 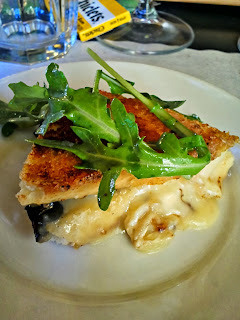 The last dish was the Home Style Roasted Escargots and Fingerling Potatoes. Again, cooked in something....don't know exactly, but at this point I didn't care as it was wonderful. 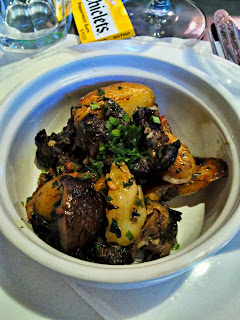 To end our dinner, Dominique served some different flavored Macarons, the French meringue type cookies, not to be confused with macaroons, the coconut cookies. They were nice and light. Since he didn't think that was enough, he also served his Chocolate Mousse and I don't think anyone finished theirs as we were all super stuffed. 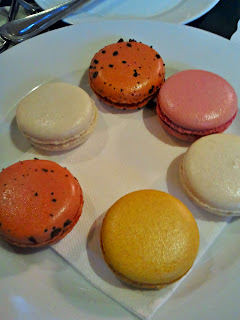 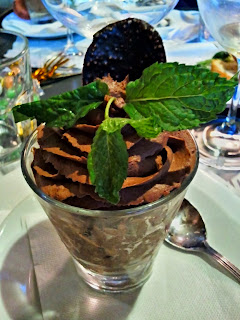 I strongly urge you to try and make a reservation between Oct. 18 and 21.  For escargot lovers, this will be a wonderful treat and for people who have never had them or have had them and didn't like them, this is your chance to get reacquainted with them for nobody does it better than Dominique.